Track of the Week: The Crookes – Maybe In The Dark

The new single from the leading lights of New Pop

In the middle of the last decade the guitar driven pop sphere was constantly abuzz with excellent and exciting new acts. With the UK being at the forefront and several of the key players coming from Yorkshire it almost felt like Sheffield was at the centre of the music universe. For many (students at least), the heart of Sheffield's music scene was Fuzz Club.

Before forming The Crookes, the members of the group were regulars at Fuzz where tickets were cheep (£3.50 for two band and a disco) and some of the best bands in the country played. After seeing Hot Chip, or The Long Blondes, Art Brut, or The Chalets, Howling Bells or 65daysofstatic you could dance to the early hours to a proper indie disco. Tunes carefully selected so that the 1,000 capacity room would get moving, but deftly avoiding knuckle dragging lad-rock anthems. Smart pop for a discerning crowd.

The spirit of Fuzz Club lives on in The Crookes and their other New Pop brethren.

Alongside The Heartbreaks and up-and-coming Cold One Hundred, The Crookes are crafting romantic guitar pop songs from a very British tradition. There's a resemblance on new single 'Maybe In The Dark' to early Maccabees when the doomed romance of Richard Hawley was a bigger influence than guitar peddles. Meanwhile the ear-burrowing guitar confirms their place amongst the bands we all saw gracing the stage in the last decade.

The video was shot on the same stage as Fuzz Club which finished in 2009. The venue is about to undergo a massive refurbishment.
Posted by Lee at 06:00 No comments: Links to this post

Email ThisBlogThis!Share to TwitterShare to FacebookShare to Pinterest
Labels: Fierce Panda, The Crookes, Track of the Week 2012

Track of the Week: Shrag – Show Us Your Canines 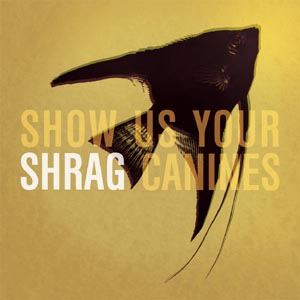 Sink yr teeth into this

Label: WIAIWYA / Fortuna Pop!
Released: out now
Get It: 7” Single

We posted this on the KPL Tumblr when it first landed. Yet the perennial earworm that is 'Show Us Your Canines' is such a belter that we couldn't resist promoting it to Track of the Week status.

Where sometime contemporaries such as Los Campesinos! have abandoned their agit-pop roots for more densely constructed songs, Shrag have stayed true to the cause. From the fidgety intro to the mutant disco chorus, the band keep the outsider fire burning whilst burrowing into our heads with a belting chorus.

As if the chanting wasn't enough, Shrag underpin their demand “You've wasted enough time, show us your canines” with keyboards that are at once sweetly out of place and ominously fitting. 'Sho w Us Your Canines' is the best thing we've heard from the band since the wonderfully doomed 'Hoplessly Wasted'.

Show Us Your Canines - Shrag from Darren Hayman on Vimeo.

Posted by Lee at 08:45 No comments: Links to this post

Email ThisBlogThis!Share to TwitterShare to FacebookShare to Pinterest
Labels: Darren Hayman, Shrag, Track of the Week 2012

Track of the Week: Wussy - Airborne 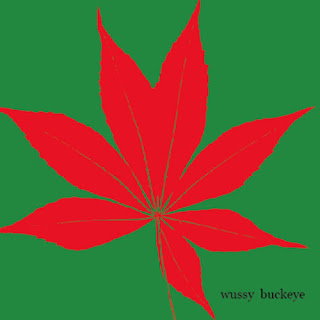 Although originally released on the 2005 album Funeral Dress, 'Airborne' sees its first official international release on the compilation Buckeye. Alongside sixteen other tracks of very high quality it should hopefully get Wussy the recognition that they deserve.

Their fuzzy power-pop/college rock is steeped in the classic American groups from The Velvet Underground to (early) R.E.M. and there's a classic feel to all of their material on said compilation that means they're due full cult status. Indeed from what we've seen mentioned about the Cincinnati four-piece those that have showered praise on the group are almost hyperbolic.

A personal highlight of Buckeye, 'Airborne' feels instantly familiar, summery yet sad, and undeniably brilliant. There's hints of alt. country in the mix too with the end result feeling rather individual. A bastion of quality songwriting in an American music landscape too full of borish 'sonic explorers' and the finest thing to have unexpectedly turned up on our doorstep all year.

Look out in the forthcoming Issue 122 of Artrocker Magazine for the review of Wussy's Buckeye by Lee KPL.

Keep Pop Loud
Posted by Lee at 10:23 No comments: Links to this post

Email ThisBlogThis!Share to TwitterShare to FacebookShare to Pinterest
Labels: Track of the Week 2012, Wussy 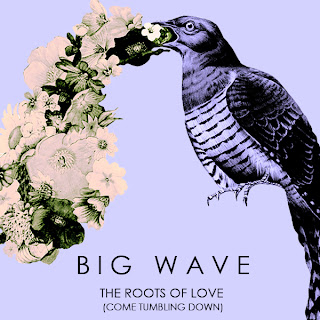 With a longer-than-usual Bank Holiday combining itself with a slow release period the review of this week's top track comes a little late. Better than never, but why not pretend for a moment or three that summer's not over already and wrap your ears around the new video from the South Cost pop stars Big Wave.


EP The Roots Of Love (Come Tumbling Down) was reviewed on the (fairly) new Keep Pop Loud Tumblr a week ago, receiving praise of the following variety: “Ace melodies and catchy choruses are very much the order of the day”. Although single 'Circumstance' may not have been our favourite number from the release it's rightly deserving of the Track of the Week slot and is a superb example of what's been said about the group.

So kick back and pretend you're not sadly unemployed/in a grey office after a miserable bank holiday, but instead imagine you're on a beach and that the June weather is what it should be.