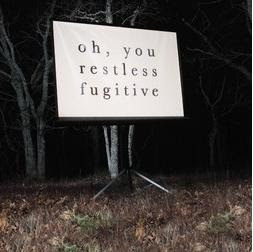 He's back. And it's about time too.

Few solo artists have done 'world-weary' in the past 10 years quite as well as Willy Mason. His debut album Where The Humans Eat is easily one of the greatest half-forgotten records of the 2000's, with tracks such as 'Oxygen' and 'Hard To Lie Down' retaining their power nearly a decade on. But all has been quiet from the gent for some time now. A smattering of live EPs aside, we've not really heard anything since 2007.

Thankfully now then he's back with a free download that brings his creaky alt. country voice into the new decade as though he's never been away.

With drum machines echoing a version of The xx who've been forced into the desert it announces itself much differently than Mason's acoustic based high-marks. The electric guitar that nimbly and sporadically flourishes over enhances the feeling of wide dark skies and heavy hearts. And this is before the vocal enters. Cracking in all of the right places and at the front of the mix it works wonderfully in leading the listener through the six minute journey.

There's hints of Neil Young and Johnny Cash but above all this is the sound of a valuable artist finding his feet again.

Email ThisBlogThis!Share to TwitterShare to FacebookShare to Pinterest
Labels: Track of the Week 2012, Willy Mason