Track of the Week: The Cribs - Chi-Town 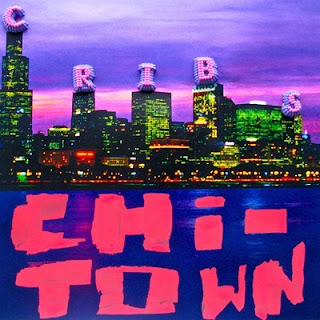 With 2009's Ignore The Ignorant having lost a significant amount of The Cribs charm through over-thinking and over-production, it's fantastic to see them back on form with this stormer. Full details of new album In The Belly Of The Brazen Bull were announced this week, with the indication being that their visceral roots are being adhered to and massive punk stormers are back in.

Although not a single 'Chi-Town' is The Cribs best stand alone track since 'Mirror Kissers', and although it's more than likely that you've heard it already it's also the best new number to have appeared during the last week. The rattling piano that accompanies the Jarmans on this new song ensures that there's a progression from previous work, and points towards The Replacements as an influence - something which has already been noted - but overall just ensures that 'Chi-Town' is a massive amount of fun.

The dirt and grit that comes through the speakers with Ryan's trademark howl, the gnarly bass that threatens to overtake the mix, the meaty drums. It's all ace. They may be perennial NME favourites, but it just shows that sometimes the old rag gets it right.

It's good to have them back

Email ThisBlogThis!Share to TwitterShare to FacebookShare to Pinterest
Labels: The Cribs, Track of the Week 2012, Wichita Records