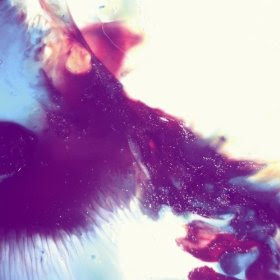 With a decent marketing push behind them and talk of their '90s influences it'd be easy for Towns to be written off as the Viva Brother of 2012. And while it's way too early to say for certain what the band will bring in the long term, it's safe to say that their contribution to this split single is rather fab. 'Gone Are The Days' takes cues from shoegaze acts such as Ride, encapsulating the vibe of pre-Oasis creation. The drums race as splinters of guitar noise and effects shimmer abrasively over amongst the beats. The vocal sounds breathless and yet confident resulting in some exquisite dream-pop.

Of course there is every chance that Towns, from here are going to go on to be an irritating landfil act. However as groups with British 90s influences are hard to come by right now and the period in our pop history being sadly washed over it'd be very nice to have a counterpoint to all of the grunge influenced acts. If the next single is anywhere near as good as 'Gone Are The Days' I'll be sold on Towns.

From the same hometown (Bristol) as Towns come the second contributors to this split release. Damages however couldn't be more different. From the off 'Tie A Ribbon' is scratchy, aggressive art-pop in the vein of Help She Can't Swim or Bearsuit. On the intro, as the fuzzy guitars slot amongst the dance-punk drumming and yelped vocals you could easily imagine this single slaying indie dancefloors in 2004. Yeah Yeah Yeahs and Hot Hot Heat are recalled with a catchy and yet slurred hook – essentially this is undeniably ace fight-pop that although of a recent style rarely gets made any more.

As a split single this gets top marks and is only prevented from taking a Track of the Week spot due to a plethora of very strong releases coming this way over the past couple of weeks. Keep an eye on both of these acts.