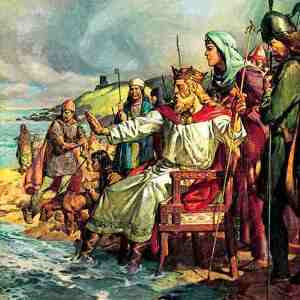 Released: Out Now
Label: Self-Released
Get It: Band Website

Two thirds of Ute return with a hazy, creeping download

Oxford three-piece Ute were certainly the strangest of Alcopop!'s roster. Their bizarre amalgamation of folk murder ballads and noisy art-pop ensured that moments such as 'Innocent Tailor' became one of the label's most distinctive tracks. Their split last year however hasn't seen the end of them as Ollie and Michael have returned with new act The Old Grinding Young already.

As creepy and unhinged as their previous material, 'King Canoe' explores the depths of Ute's folksier side, adding in additional jazzy instrumentation to the mix. Opening with an acoustic guitar and the distinctive vocal that we're all used to it's a pastoral opening that's lent an ancient air by the backing vocals. Later when wordless vocal sighs are accompanied by brass and traditional acoustic instruments the listener is quickly transported to somewhere else entirely. So much so in fact that when the song ends it feels rather abrupt.

Any fans of Ute will already be looking forward to a single/EP/album release by The Old Grinding Young now and it's safe to say that the legacy of the Oxford trio will continue in this guise, safely.