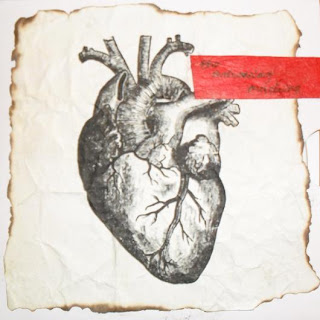 Essentially a collection of self-recorded demos, Rarities 2006-2009 is an EP offered up as a bonus for fans that pre-ordered second album Lifeline direct from The Answering Machine's website. Spanning the time between their inception (or thereabouts) and the release of début album Another City, Another Sorry it's an insight into the recording and compiling process of the Manchester four-piece, as well as a demonstration of how they've grown.

Track one is a very early demo of 'Romantic And Square' from 2006. Fuzzily recorded and with percussion provided solely by Mustafa Beat it's an artefact from their days before a drummer was a part of their set up. That it hasn't appeared as a full recording until this year's Lifeline shows how much the band needed to progress to allow the song to reach it's potential. Along with 'Answer Me' and 'The Hold Up', 'Romantic And Square' comes from the demo sessions from the bedroom of guitarist Pat Fogarty. In terms of sound (muffled bass, scratchy vocals and rough'n'ready guitars) it's pretty much as you'd expect and shows the band that our now favourites used to be.

'Emergency' is the lone track from the Rarities EP which made it's way onto Another City and it's telling that it's said album's most intimate full band moment. It's the closest to The Answering Machine that we're familiar with with the bass audible in the mix and extra glockenspiel percussion. But as is understandable due to the very nature of the release, the side to TAM of spiky riff and excellent drum fills is all but absent.

Aside that is, from closing song 'Winter Without You'. With a full drum kit and the space to create something a bit fuller they really shine. It's easily the most energetic moment outside of their debut album and a real gem. With penultimate track (a demo of 'Hospital Lung' recorded in Brooklyn and with the echoing guitars of Interpol bolstering the sound) it's the highlight of the EP. Pining lyrics are delivered at a breakneck pace and the fuzzy indie band that we love surface.

Unlike Lifeline you may not need Rarities 2006 – 2009 in yr life. However, if once you've delved into the depths offered by the album you find yrself wanting more then here's the place to come. In the meantime, seek out 'Winter Without You' and regret not picking up the EP when the chance came on the pre-order.
Posted by Lee at 06:00

The Mind Up? its The Hold Up.

Thanks. Copied the title in wrong when importing to iTunes. Sorry folks!