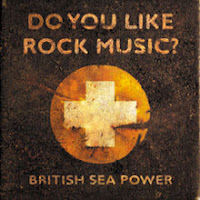 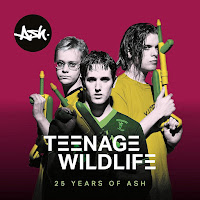 Asking why Teenage Wildlife and not 1977, or another of Ash's very fine studio albums, is the first record to be inducted onto The List is a fair question. The answer, simply, is that with this list it's not a case of either/or. I'm starting here because it is the very best introduction to a band who rank highly amongst my all-time greats.

My journey with Ash started around 2004 when they released fourth album Meltdown and I quickly backtracked to their first 'best of' Intergalactic Sonic 7”s falling very quickly in love. I saw them for the first time that year supporting The Darkness. At every stage of the way since they've been a presence in my musical life – from working their gigs, to bumping into them at midnight Star Wars showings and subscribing to their digital singles club at the start of the last decade.

All of this is represented across the two discs (2 hours 23 minutes) of Teenage Wildlife, from the fizzy punk-pop of 'Kung Fu' (a classic in anyone's book, I'm sure), to the arena-ready rock of their commercial zenith ('Burn Baby Burn', 'Shining Light' etc) via the pop flirtations of the A-Z Series Ash take on a range of styles without ever losing their key sound or appeal.

Despite my long history with the band there was moments from their career that I'd somehow managed to forget, only to be happily reminded this year when Teenage Wildlife landed. 'Binary' was never one from the A-Z Series that I remember standing out at the time, but here it's incredible. Similarly tracks from 2018's Islands that either didn't get full single release ('All That I Have Left') or weren't made a big deal of at the time ('Annabel') get a fresh lease of life and stand up with the classics.

Ash are one of very few bands I can think of that have maintained the same core line up for such a length of time – Tim Wheeler on guitar/vocals, Mark Hamilton on bass, Rick McMurray on drums – and I do wonder if this is one of the reasons why their output has been so consistent too. Of course they were joined by Charlotte Hatherley on guitars and vocals for a few albums which helped them take their sound up a notch, but the main trio has remained the same with (as far as I know) no major falling-outs. Maintaining that and an incredible level of quality for 25 years is no small feat. Music fans from previous generations often site bands such as Slade or Madness as being great singles acts, but I don't know of any that have had the run that Ash have had.

Somehow I've got this far without even mentioning 'Girl From Mars' or 'Angel Interceptor'. I guess Ash will end up with another entry on The List after all...